People frequently confuse a heart attack with a cardiac arrest. There is a lot of misconception about this due to the increasing number of incidents of heart attacks in younger age groups. Heart failure, heart attacks, and cardiac arrest are three conditions that are generally understood yet sometimes mistaken for one another. They are actually three separate heart-related conditions, each with its own set of causes and treatments, even though there can be some overlap between them in terms of cause and effect. People frequently use the terms heart attack and cardiac arrest interchangeably. However, this is incorrect and potentially harmful. Why? Let’s check out.

Difference between a Heart Attack and Cardiac Arrest

You must first understand the basics and symptoms of both of them. A heart attack occurs when the blood supply to the heart is cut off, which causes the heart’s muscular part to stop beating. In the end, it progressively starves to death.

A heart attack occurs when an artery is stopped, preventing oxygen-rich blood from getting to a certain area of the heart.

It happens when the heart’s blood flow is blocked.

Blood clots forming in the arteries

Heart attacks are common in smokers and people who consume poor diets.

On the other hand, cardiac arrest is more severe because it completely stops the heart from beating, causing the person to collapse.

When someone who may or may not have heart disease suddenly loses their ability to pump their own blood, this is known as cardiac arrest.

It occurs when the heart malfunctions and unexpectedly stops beating.

No pulse, loss of breath, and unconsciousness.

The cardiac arrest was caused by ventricular fibrillation.

Cardiac Arrest is common among overweight people and ones who do not exercise regularly.

When a clogged artery prevents blood from getting to a specific area of your heart, a heart attack happens. The heart that is nourished by the blocked artery must be unblocked as soon as possible to prevent cardiac failure. The longer a person goes without treatment, the worse the harm becomes.

Cardiac arrest often happens abruptly and without warning. It is a sudden decline in cardiac function. It might result from an irregular heartbeat (arrhythmia). Ventricular fibrillation is a frequent arrhythmia linked to cardiac arrest. When the lower chambers of the heart begin to beat erratically and stop pumping blood to the brain, lungs, and other organs, this condition is known as ventricular fibrillation.

Stroke symptoms might appear suddenly. When the blood flow to a portion of your brain is interrupted or reduced, the brain tissue is deprived of oxygen and nutrients and suffers from a stroke. Brain cells start to degenerate in minutes. Treatment should begin as soon as possible to avoid brain damage and problems. Stroke is deadly and dangerous.

Understanding the distinctions between Heart Attack and Cardiac Arrest is critical for receiving the appropriate treatment and maybe saving a life. It is crucial to dial the emergency response number as soon as someone exhibits symptoms that could indicate a heart attack or a sudden cardiac arrest. Early arrival ensures that the patient receives treatment as soon as possible, but make sure to get the treatment from the best cardiac hospital. 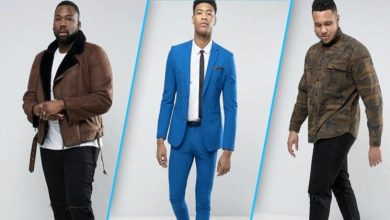 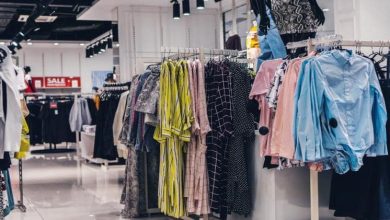 The Biggest Fashion Industry in the World